Our First Round of PINs for Term 2

Having missed PINs last Friday, there was much excitement in LC2 this morning in anticipation of our first round of workshops.  Here is what was on offer today- 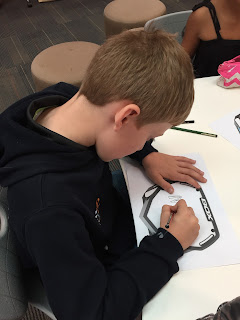 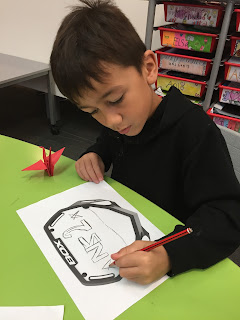 In the 8 year old boys division,  Deacon is currently ranked 2nd in New Zealand in BMX biking.  He needs a new plate for his bike and thought it would be a great idea to get his friends to design him a new one.  Good luck choosing Deacon, there were some great designs!

Mandarin with Edward, Daniel and Kevin 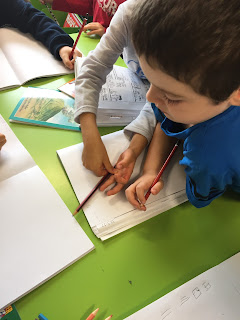 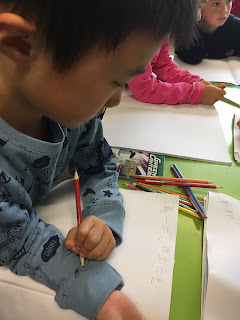 To support the work we have been doing in our Celebration of Culture project group, Edward, Daniel and Kevin ran a Mandarin workshop.  They were teaching not only how to speak Mandarin but also how to write the characters. 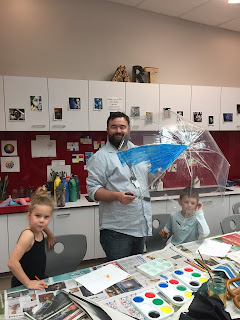 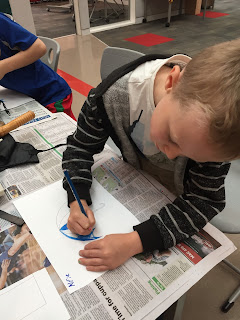 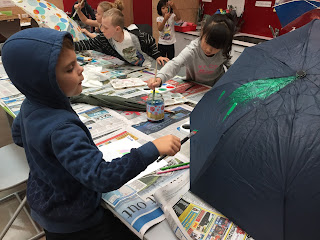 Reid's Upcycling Project group had an huge amount of fun today designing and painting umbrellas, upcycling them as an art installation in LC2.  Watch this space! 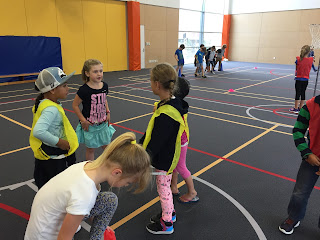 Meela shared her expertise on the netball court with a netball workshop today. She took her group through various skill based drills before playing a game. 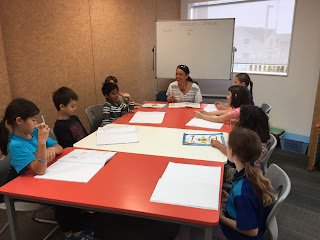 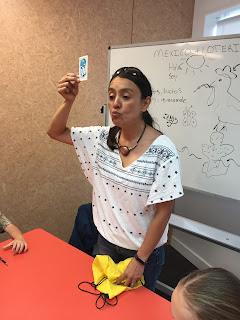 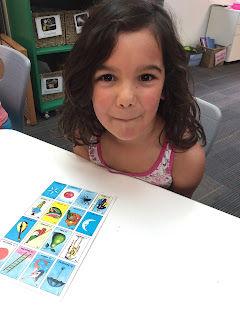 Natasha and Theo shared some traditions from Mexico and some basic Spanish greetings, for example how to say 'Hello my name is .............'  They also played a game of Mexican Loteria.  The children used chick peas to mark off the spaces they won and had to shout 'Loteria' each time they got a line.  They also had to say the names of the objects on their cards in Spanish. 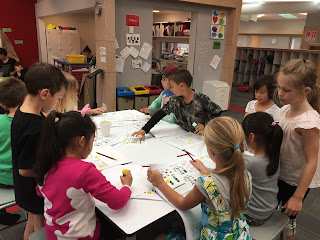 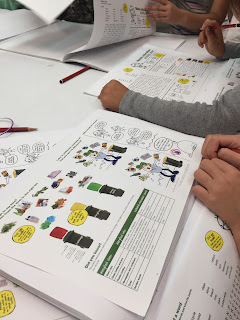 Janneke and Abi lead a workshop about recycling rubbish sharing the knowledge they have gained through their project work with Elizabeth.

Soccer with Dylan, Franiu and Lachlan 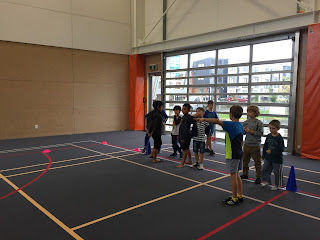 The boys shared their soccer skills with a group of their friends, running them through their paces with a warm up, some drills and finally a game.

This work is licensed under a Creative Commons Attribution-NonCommercial 3.0 New Zealand License.